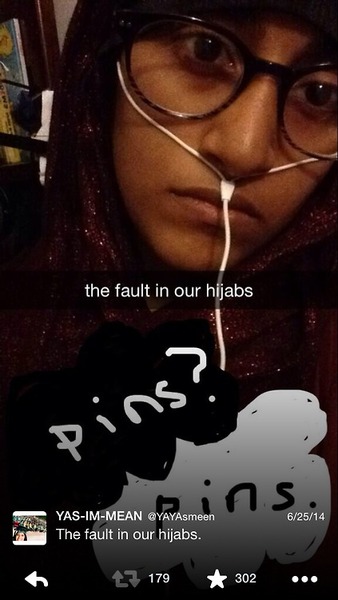 Here is a salute to creative selfies!

BuzzFeed recently featured Yasmeen, an American-Muslim’s tongue-in-cheek Tumblr take on being a hijabi in America.

Hailing from California, this eighteen-year-old developed the prefect social media response to those questions: “Is it, like, hot to wear that?” and “Do you take it off to shower?”

What a fitting kick-off to the month of August, where Loveinshallah, Coming of Faith, storyandchai, Muslimah Montage will highlight American-Muslim youth voices for #MuslimYouthRising.