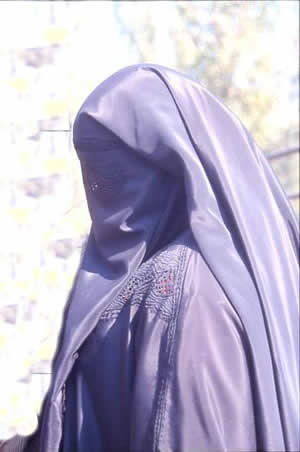 Slathering Mediterranean Rose bath gel over
my breasts,
preparing for my monthly
self-examination,
hands slipping and sliding as the
sweet-smelling aroma of rose rises
to my nostrils,
taking me away from the present task,
transporting me back to
numerous summer afternoons,
long ago,
alone in my bedroom,
lying on top of my white chenille bedspread
amidst a field of pink and blue
yarn-tufted flowers,
eyes rolled back into my head,
breathing long and steady,
perky nipples perched
atop minute mounds of soft flesh
that in my 13-year old mind
passed for a woman’s breasts,
nipples as hard as
fresh-shucked sweet peas,
the touch of my own hands
lightly pinching
kneading
stroking
rubbing
feeling far better than the touch of anyone else or
anyone since,
including that of my Uncle Tony.

END_OF_DOCUMENT_TOKEN_TO_BE_REPLACED

Poem for people who ask me when I “went natural” 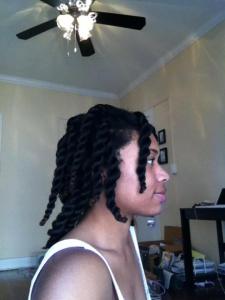 I was brought up in a kitchen

with a towel around my neck

and a hot comb hissing

half past a yellow bone

with fine tooth combs that broke upon third use

I was born with beadies at the back of my neck

brushed quickly in the morning

I was born South Carolina dry

in my grandmother’s hands

END_OF_DOCUMENT_TOKEN_TO_BE_REPLACED 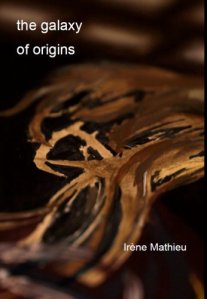 Order Irene’s new collection, the galaxy of origins. Scroll down for audio. 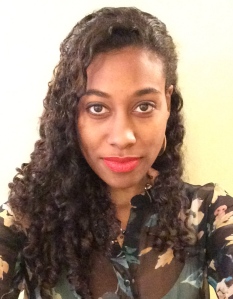 Irène Mathieu is a writer and medical student at Vanderbilt University. Before medical school she studied International Relations at the College of William and Mary and completed a Fulbright Fellowship in the Dominican Republic. Irène’s poetry, prose, and photography have been published or are forthcoming in The Caribbean Writer, the Lindenwood Review, Muzzle Magazine, qarrtsiluni, Extract(s), So to Speak, Diverse Voices Quarterly, Journal of General Internal Medicine, Love Insha’Allah, Los Angeles Review, Callaloo Journal, HEArt Journal, and elsewhere. She has been a Pushcart Prize nominee and a Callaloo fellow. Her poetry chapbook the galaxy of origins was published in 2014 by Dancing Girl Press. You can read her blog and follow her on Twitter. 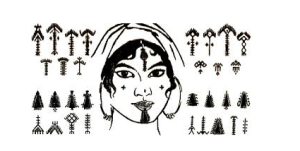 fr our communities that hold us,

your eyelashes wont fall out

written with such love and concern

fr when we struggle w them

do our dawah n make

dua fr you, me, the deen

thinkin abt the dirty linen

we spent all night

folding with our teeth clenched…

Read the rest of this amazing poem, here!

Eds. Note: This powerful poem was inspired by @ImPalestine’s tweet: “I look forward to surviving. If I don’t, remember that I wasn’t Hamas or a militant, nor was I used as a human shield. I was at home.”

like I was at home
thinking about the students I teach
the one with no mother who always asks me
what I am mixed with
the one with clumps of grease in her hair
and long stilt legs who asks me for my email address
and smiles at me for no reason sometimes
what if she was gone?

Nijla Mu’min is a writer and filmmaker from the East Bay Area. She is a 2007 graduate of UC Berkeley, and also attended Howard University’s MFA Film Program, where she was the recipient of the 2009 Paul Robeson Award for Best Feature Screenplay. She is a 2013 dual-degree graduate of Calarts’ MFA Film Directing and Writing programs; the only student in the institute to graduate with this distinction. Her short film Two Bodies has screened at festivals across the country, including the Pan African Film Festival, Outfest, and Newfest at Lincoln Center. Her writing appears in the critically acclaimed anthology, “Love InshAllah: The Secret Love Lives of American Muslim Women.” She also writes for Shadow and Act on the Indiewire Network, and Bitch Magazine. She is a recipient of the 2012 Princess Grace Foundation Cary Grant Film Award for her thesis film, Deluge, which had its world premiere at the 4th Annual New Voices in Black Cinema Film Festival at BAMcinematek in March 2014. She was recently selected to participate in the 2nd Annual Sundance Screenwriters Intensive with her script, Noor. She is currently in development on two feature films.