They Pretend To Be Us While Pretending We Don’t Exist 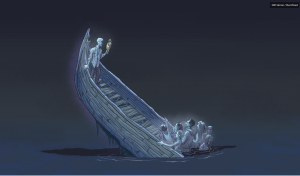 If you read one thing today let it be this, this, this:

They Pretend To Be Us While Pretending We Don’t Exist by Jenny Zhang via Buzzfeed.

We want to print and frame the entire masterpiece.

What does my headscarf mean to you?

“I can walk down the street in the exact same outfit and what the world expects of me and the way I’m treated depends on the arrangement of this piece of cloth. But this isn’t going to be another monologue about the hijab because, Lord knows, Muslim women are so much more than the piece of cloth they choose, or not, to wrap their head in. This is about looking beyond your bias.” – @yassmin_a

Here is a salute to creative selfies!

BuzzFeed recently featured Yasmeen, an American-Muslim’s tongue-in-cheek Tumblr take on being a hijabi in America.

Hailing from California, this eighteen-year-old developed the prefect social media response to those questions: “Is it, like, hot to wear that?” and “Do you take it off to shower?”

What a fitting kick-off to the month of August, where Loveinshallah, Coming of Faith, storyandchai, Muslimah Montage will highlight American-Muslim youth voices for #MuslimYouthRising.

Veiled Humor is a creative You Tube channel featuring Mona and Dana, who are “two hijabis who want to prove to the world that Muslim women can be funny, intelligent, and religious all at the same time. I don’t see oppressed on that list. Do you?”

Writer Jennifer Zobair, the author of Painted Hands, found herself feeling uncomfortable when people thanked her for making Muslim women seem “normal” in her novel.

She wrote, “The repeated use of [the word normal] haunts me. The repeated use of that word inspires me. I believe that stories matter, that who gets to tell a story has real, tangible consequences for people’s lives, that knowing means at least a shot at not hating. It is my hope that if we tell our stories often enough and well enough, we can achieve something even better than tolerance.”

Because stories do matter, Jennifer decided to develop a site focusing on non-majority narratives with an emphasis on the Muslim story, but one that also provided insightful advice on the writing process.

Storyandchai is enlarging the space for narratives from the margin. In the name in all that is loved on a Friday, go visit this site. Tell your friends about it. Follow storyandchai on Twitter.  Consider submitting your own narrative.